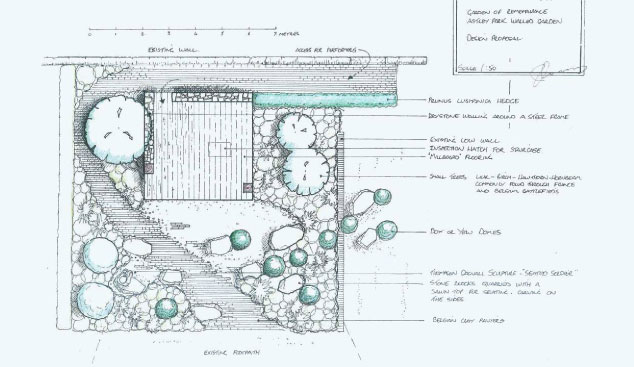 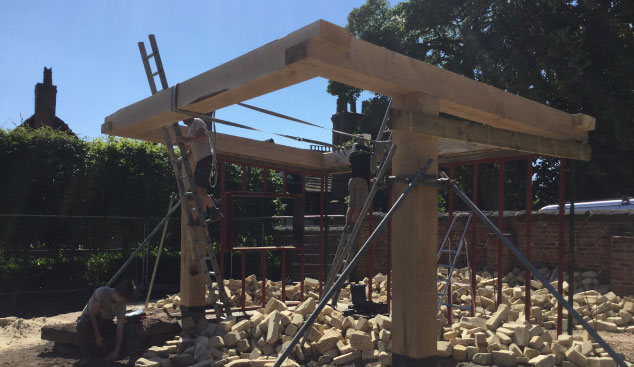 At this year’s show we’re really excited to be unveiling our new Garden of Reflection, which has been commissioned to provide a lasting memorial to the men and women of the Chorley borough who served during World War One, to mark 100 years since the end of the conflict.

The garden, funded by the Armed Forces Covenant and created by award-winning designer John Everiss, centres around a performance stage and with the beauty of Astley Hall as a backdrop, the scene is set for people to sit and contemplate, reflect, learn or be entertained.

Life in the trenches has come to epitomise our perception of World War One and so it has heavily influenced the design of the garden. Far from glorifying or celebrating conflict, the Garden of Reflection commemorates the lives of all those from Chorley Borough who were a part of it.

The flooring is constructed from millboard similar to the duck boards found in the trenches.  The dry stone walls are constructed from local sandstone, to replicate many of the local mills where the men and women who joined up would have made a living. The performance building with its giant timbers and steel roof covered by grasses evoke life in the trenches and dugouts.  Look closely at the show and you will find small pieces of flint and brick, sourced from the Somme where our local soldiers fought and died. In addition, as a tangible, touchable link to the conflict actual battlefield relics from the Somme and Festubert are embedded into the wall.

You can take the opportunity to sit next to the stone sculpture, The Messenger, by acclaimed sculptor Thompson Dagnall. Hand carved from a large single piece of sandstone, his presence within the garden is to generate thought and contemplation; is he enjoying a performance in the garden, dwelling on the thought of sounding the bugle to signal a charge from the trenches, or has he just finished playing The Last Post in honour of fallen comrades?

Carved in the large quarried blocks of stone, is the words of a little known poem written during the war. The poem “A Letter to Daddy” was written by a child mill worker from Chorley. Although the poem is not famous by the standards of the time, all we know is that it was written by a little girl with the initials M.L. to her Father serving in action. The inclusion of the poem provides a local link to the past. It allows us to reflect upon the feelings of those whose loved ones served in the war and in the setting of the garden, we can explore the thought whether or not the Father in the poem is “The Messenger” or became one of those our messenger was mourning.